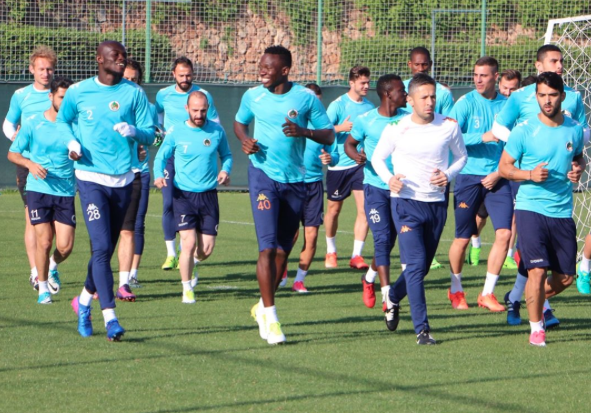 Kasimpasa welcome newly promoted Malatyaspor to the Recep Tayyip Erdogan stadium on Monday for the final Super Lig clash of the week.

Omeruo will not start for the Istanbul based outfit against Malatyaspor.

The Nigerian international will be available off the bench.

Omeruo is fit to play however, the manager has decided to give the defender time to settle in before giving him a starting role.

The 23-year-old is no stranger to Kasimpasa and played last season on loan at Alanyaspor.

In fact Omeruo has played his last three seasons on temporary moves in the Super Lig.

Despite leaving Chelsea on loan, Omeruo still sees his long-term future at the London-based club.

Omeruo joined Chelsea from Standard back in 2012 but is yet to make a single appearance for the Blues senior side.

The international defender made 26 Super League appearances for Alanyaspor last season, helping keep the Mediterranean based side in the top-flight.

Kasimpasa are currently 11th in the league with four points after three games.

The Istanbul minnows could actually move into 4th place with a convincing win over the visitors.

Malatyaspor are currently 12th on four points after three matches.