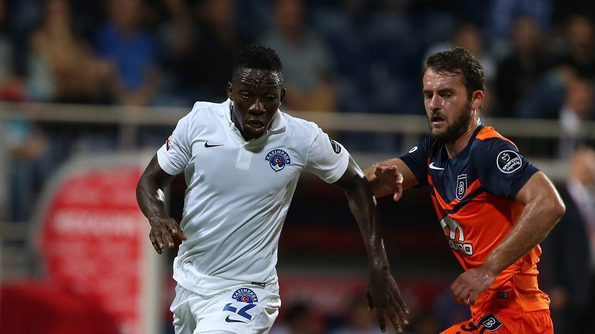 Chelsea defender Kenneth Omeruo has completed his loan move to Besiktas after months of negotiations.

The Black Eagles will pay Chelsea a €700,000 loan fee and a €4 million release clause option has been included in the deal.

A source close to Besiktas told Turkish-football.com that personal terms with Omeruo were agreed back in June but the transfer stalled due Besiktas and Chelsea failing to reach an agreement over his buyout clause fee.

Besiktas have been in talks with Chelsea for over a month over the transfer according to BBC African football specialist Oluwashina Okeleji who confirmed that talks between the two clubs were ongoing to Turkish-football.

“Besiktas are in advanced talks with Chelsea but nothing has been agreed with the player,” Okeleji said.

Omeruo is no stranger to Istanbul having lived in the city last year during his loan stint at Kasimpasa.

The Nigerian international settled in to life in Turkey and established himself as one of the most outstanding young defenders in the league.

Besiktas will mark Omeruo’s biggest challenge to date after loan spells at mid-table sides he will be at a club that have Champions League football.