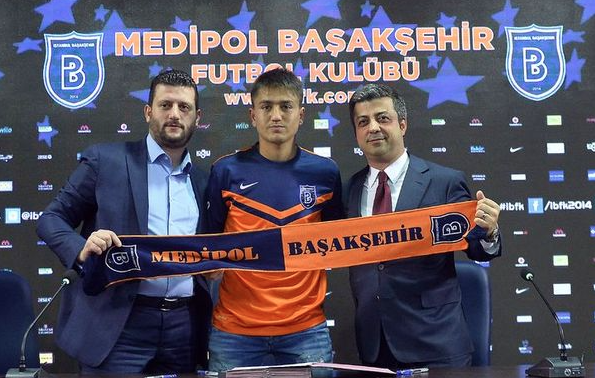 Chelsea make £6.6m offer for Man United wonder-kid target who confirmed he would play for both clubs

Basaksehir wonder-kid Cengiz Under sparked a media storm after openly stating he wants to play for Chelsea or Manchester United.

“The league I really want to play in is the Premier League and I would also love La Liga,” Under told beIN Turkey.

“I dream of playing for Manchester or Chelsea, also Barcelona or Real Madrid.”

United have been closely linked with Under for months so the fact he mentioned the Red Devils did not come as a huge surprise.

Chelsea being mentioned did come out of the blue and the Turkish press has already started linking the Premier League champions with a move.

The Blues are reported to have made Basaksehir a £6.6 million offer according to Sporx.

Chelsea are reported to be considering making an improved bid.

Tottenham and Freiburg are reported to have entered early talks with the Istanbul minnows over the possibility of a transfer.

United meanwhile have been monitoring Under for months.

A source close to the Basaksehir revealed to Turkish-Football that they plan to keep Under at the club for at least another season.

The Istanbul based side finished the league as surprise runners-up and reached the Turkish Cup final.