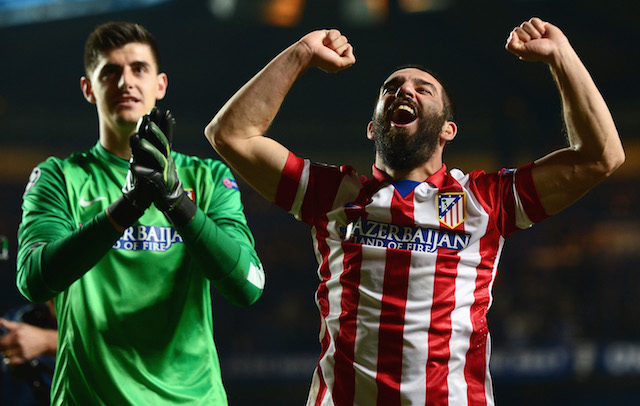 Arda Turan has completed his move to FC Barcelona from Atletico Madrid the La Liga giants confirmed on their official website.

The financial details of the transfer are yet to be disclosed.

Andres Iniesta stated that Atletico Madrid star Arda Turan would be the right man for Barcelona should he join over the summer transfer window.

Iniesta was quoted in the Marca as saying the following about the bearded winger: “A really great player, sensationally talented. If he ends up coming, he’ll be welcome. He’ll add to the squad. It’s always important to improve the team”.

Barcelona presidential candidate Josep Maria Bartomeu sparked off speculation that Turan could be joining the La Liga champions over the transfer window.

“He’s [Arda Turan] a good player, with great quality and perfectly matches what Luis Enrique is wanting this coming season, which is why I, as a pre-candidate, urge the interim committee to take the necessary steps to sign the player. When all parties are in agreement, and above all the manager, that the player is the one we need, the thing to do is to bring him in under the best conditions possible,” he was quoted as saying by Marca.

The Turkish international was also closely linked with a move to the Premier League. Both Manchester United and Chelsea had also been targeting the bearded winger.