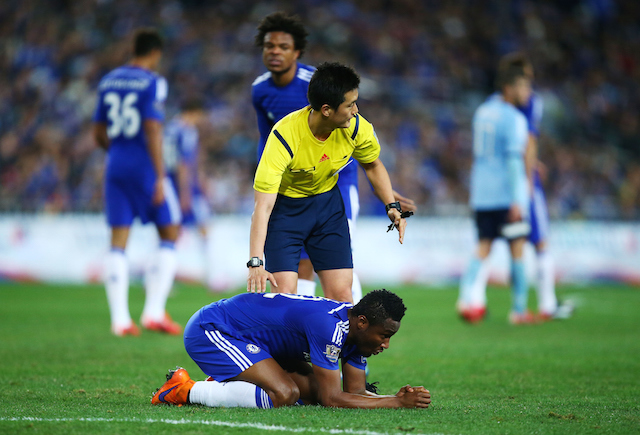 TRT Futbol Günlüğü presenter Ersin Duzen has stated that Chelsea’s John Obi Mikel could be on his way to Fenerbahce.

Speaking on the Futbol Günlüğü program Düzen stated that Fenerbahce sporting director Giuliano Terraneo held talks with the Nigeria international while he was in London.

The 28-year-old midfielder joined Chelsea in 2006, has made 339 appearances for the Blues winning the league, FA Cup and Champions League titles.

Mikel made a total of 26 appearances for the Premier League winning side last season but fell behind Matic in the pecking order.

Galatasaray have also been closely linked with the Nigerian international who still has two-years left on his contract.

Fenerbahçe finished last season in second place and secured a place in the Champions League play-off stages. The Yellow Canaries will compete in Europe for the first time in two years after serving their UEFA ban.