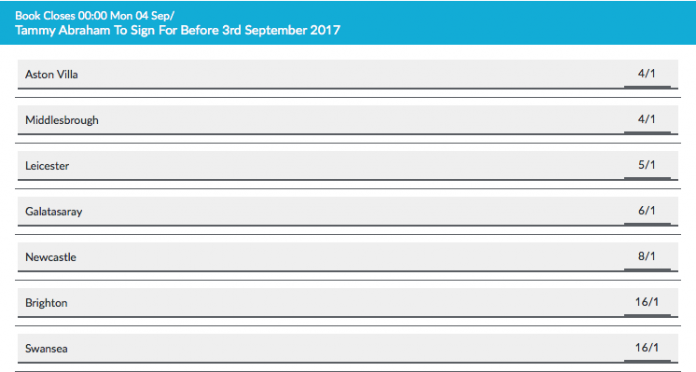 Galatasaray have been named among the favourites to sign Chelsea striker Tammy Abraham.

British bookmaker Betvictor has Galatasaray as third favourites to sign the 19-year-old forward.

Middlesbrough and Aston Villa are joint favourites priced at 4/1 followed by the Lions at 5/1. 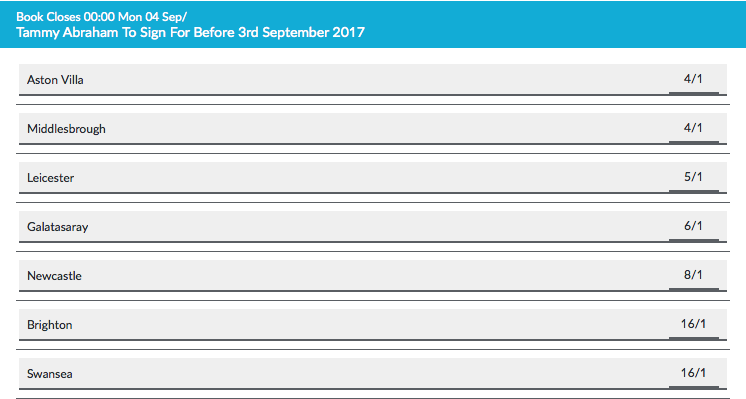 Galatasaray are keen on signing Abraham on loan.

Lions head coach Igor Tudor is expected to try and use his close ties with former Juventus teammates Antonio Conte in order to secure a move.

The Lions could face competition from rivals Fenerbahce but the Yellow Canaries have not been included in the betting options.

Turkish outlet Star Spor have revealed that Fenerbahce have been monitoring the young striker.

Fenerbahce are on the lookout for new strikers with Moussa Sow, Fernandao, Van Persie and Emmanuel Emenike all poised to leave at the end of the season.

Abraham was been in great form on loan for Bristol this season converting 23 goals in the Championship and 26 in all competitions.