Didier Drogba has denied having an interview with MyNet where he was said to have criticised Galatasaray.

The Interview published by MyNet claimed that Drogba was unhappy at Galatasaray and that there was a rift between himself and the other players in the squad. 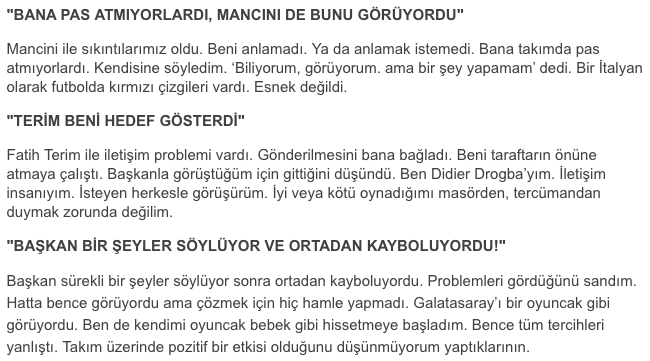 However the 36-year-old striker posted a tweet where he denied ever taking part in the interview and reaffirmed his love for Galatasaray.

The tweet reads, “Don’t know why people make up these lies??!! Everyone knows I have nothing but love & respect for Galatasaray.” 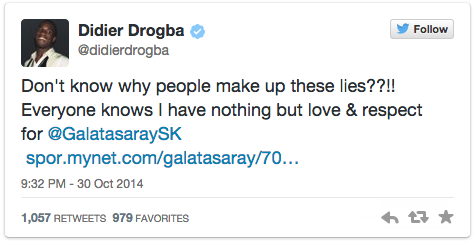