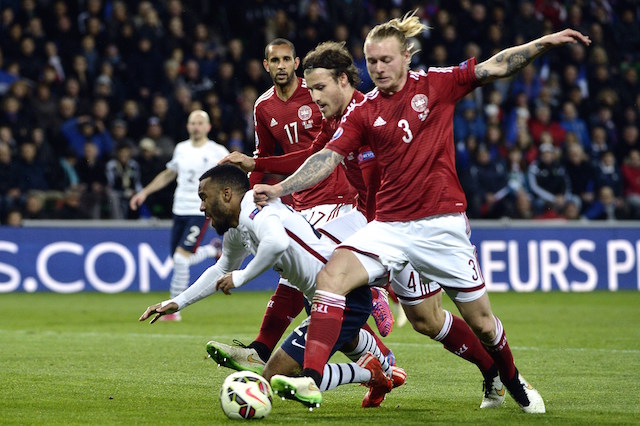 Fenerbahce star Simon Kjaer has become the latest name to be targeted by the Blues according to Turkish-Football sources.

Per the source, Kjaer has emerged as a candidate to strengthen the Blues defence and Conte is reportedly prepared to offer £15 million for the centre-back.

Antonio Conte is reported to be interested in the powerful defender who has nearly 60 caps for Denmark.

A source close to Fenerbahce revealed to Turkish-Football that the Blues have been keeping tabs on Kjaer all season.

Chelsea are not the only Premier League side who have scouted Kjaer this season, Manchester United have also kept tabs on the powerful defender.

The Blues would match Fenerbahce’s valuation if they were to offer £15 million but the Istanbul giants have been reluctant to sell Kjaer over the winter transfer window.

Kjaer has been one of Fenerbahce’s most in form players this season and was picked for the UEFA Europa League Team of the Group Stages.

The Denmark international scored twice over the course of six games in Group A which saw Fenerbahce finish in first place above Manchester United.

Kjaer has experience playing in the Ligue 1 for Lille and Serie A for Roma as well as Palermo but has not starred in the Premier League.

The defender was linked with a move to Liverpool before joining Fenerbahce from French outfit Lille.

Kjaer reportedly turned down a move to Anfield because he wanted to join a side where he could win silverware according to the Evening Standard.

The 27-year-old has settled into life in Turkey along with his family and established himself as first-team regular.

Fenerbahce are in no hurry to sell Kjaer as he has another two-and-a-half years remaining on his current contract and they rejected all offers for the centre-back over the summer.

In other Chelsea transfer news Fernando Llorente wants to play under the stewardship of his old manager Antontio Conte again according to the Telegraph.