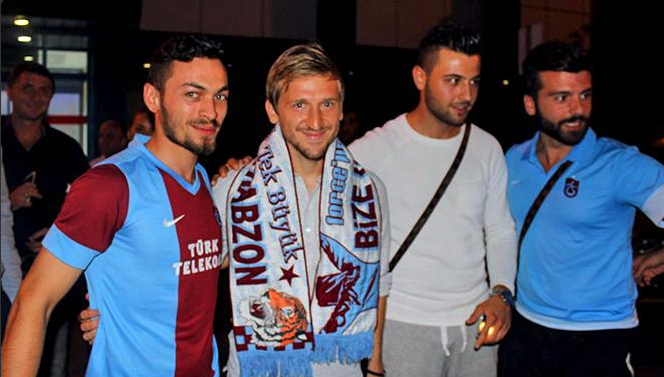 Trabzonspor blew their chance to open up a two-point lead at the top of the table following the 2-2 with Akhisar at the Avni Aker stadium.

On-loan Chelsea winger Marko Marin made his debut for the Black Sea Storm.

The 26-year-old replaced Aykut Demir on 80 minutes to play the last 10 minutes of the game.

The Germany international completed his one-season loan move to Trabzonspor yesterday after passing his medical in Trabzon yesterday.

Marin became the second Chelsea player to move to the Süper Lig on loan this season following Kenneth Omeruo who joined Kasımpaşa and the third in total after Lazar Markovic joined Fenerbahçe from Liverpool.

Marin will join former Blues player Jose Bosingwa at the Blues. There are also a number of other ex Chelsea players in the league including, Samuel Eto’o, Gökhan Töre, Ricardo Quaresma and Raul Meireles.

Trabzonspor have managed to secure seven points from their opening three games and are currently on equal points with Fenerbahçe at the top of the table.