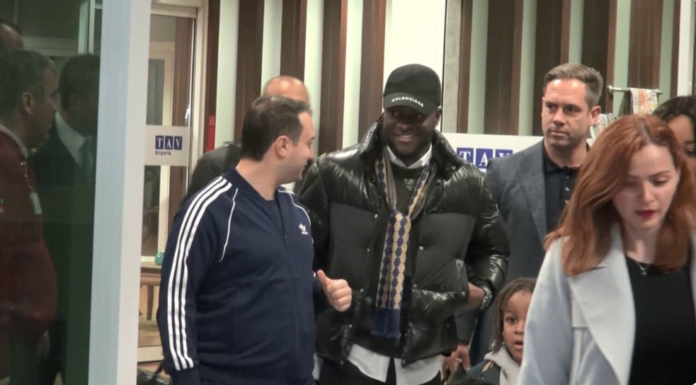 Chelsea winger Victor Moses has arrived in Istanbul, Turkey ahead of completing his 18-month loan move to Fenerbahce.

Moses was greeted by Fenerbahce officials after landing in Turkey and is set to undergo a medical before officially putting pen to paper.

BREAKING | Chelsea winger Victor Moses has arrived in Turkey ahead of completing an 18-month loan move to Fenerbahçe ✅ pic.twitter.com/Yhp6D4QyzU

Moses will sign an 18-month loan deal with the Yellow Canaries once his medical and paperwork is complete.

The Nigeria international has struggled for playing time this season despite playing a major role in the Chelsea side under former manager Antonio Conte.

Fenerbahce will offer the 28-year-old a first-team role and he is expected to be first choice on the wing.

The Super Lig outfit have been in poor form this season and are currently 15th in the league, just one position above the relegation zone.