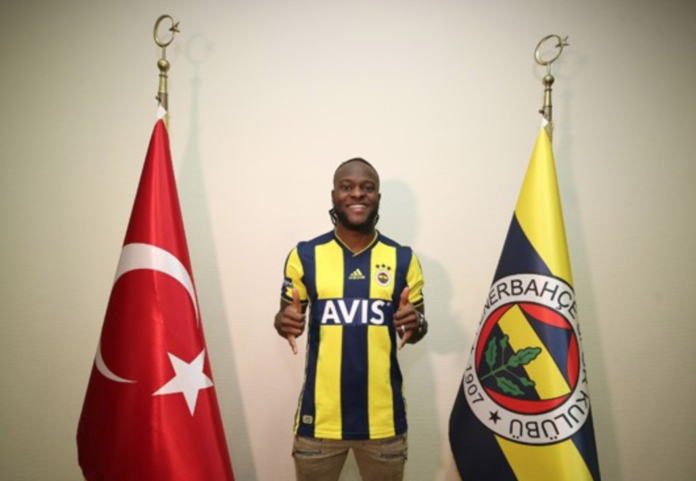 Fenerbahce beat Sivasspor 2-1 on Friday at the Sukru Saracoglu Stadium on Friday to put some breathing distance between themselves and the relegation zone.

Chelsea loanee Victor Moses started for the Yellow Canaries and setup the equaliser for Roberto Soldado.

Moses now has two goals and two assists in all competitions since making his move.

The Nigeria international put on an impressive display and created more goal scoring chances (4) than any other player and completed the highest number of successful dribbles (3).

In his post match Instagram post Moses had a message for ‘the lads’, praising they performance on the night and also sung the praises of the fans.

Moses revealed in his post-match press conference that the fans played a major role in motivating the players to comeback from a goal down.

The 28-year-old said: “Our fans were amazing, we felt their pain after conceding. They urged us to fight back. I’ve never experienced anything like that before. We could not let them down and had nothing to lose. We fought for the fans and gave it are all. It was amazing to comeback and win the game, we managed to make the fans proud.”

Moses joined Fenerbahce on an 18-month loan from the Blues in January.

The victory moved the Yellow-Navy Blues into 13th place in the league table but they have played an additional game compared to fellow relegation battlers Ankaragucu and Bursaspor.