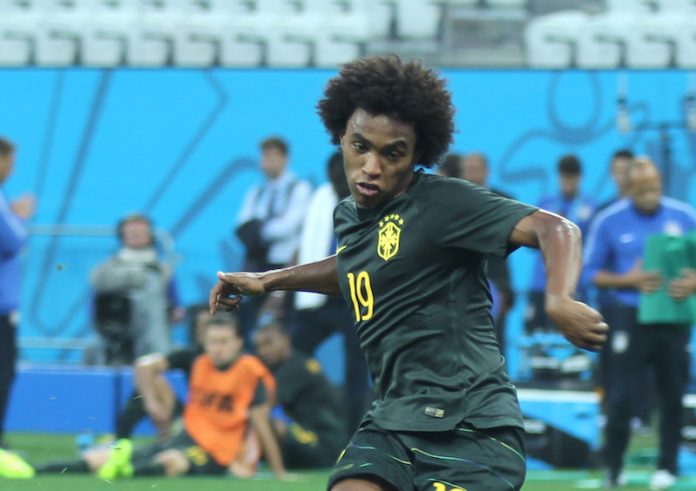 Chelsea’s attacking midfielder Willan has spoken ahead of Brazil’s international friendly clash with Turkey on Wednesday.

Speaking to the Turkish newspaper Milliyet, Willian said “Turkey are not a team to be taken lightly.

“This game is a good opportunity to test ourselves. We have watched Turkey’s previous games and they are a side that can spring a surprise.

“They also have players of the highest quality such as Arda Turan. We have to be careful.”

Willan also spoke about Brazil’s new manager Dunga. “Dunga’s arrival as manager has been positive for the team. We have played well in the friendlies so far and want to continue this form against Turkey and Austria.”

Brazil replaced Scolari with Dunga following an embarrassing 7-0 drubbing against Germany in the World Cup.

Dunga’s Brazil have beat Colombia, Ecuador, Argentina and Japan since his appointment.

The Brazil national team coach has selected a side comprising solely of footballers plying their trade in Europe.