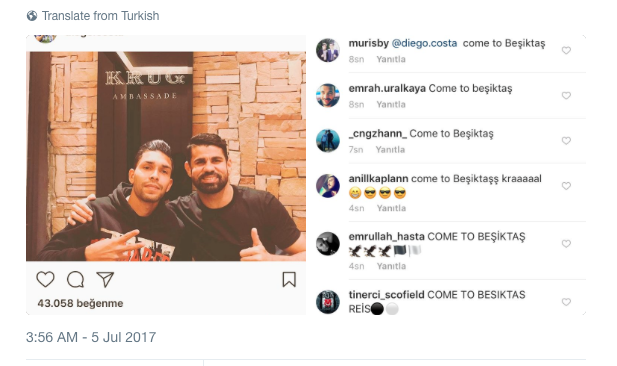 Chelsea are keen to part ways with Diego Costa but finding a suitable club for him has proven problematic.

Turkish daily Haberturk claim that Besiktas could offer the Blues a way out.

Per the source, the Black Eagles are keen on taking Costa on for one-season and covering his wages.

Besiktas would struggle to offer Chelsea the kind of transfer fee being demanded but they are also keen on a temporary move.

See More: For more Besiktas news and anything else related to the club

Supporters of the Black Eagles have been trying to do their part in convincing Costa to make the move.

Besiktas fans have been relentlessly flooding Costa’s latest posts on Twitter and Instagram with messaging urging him to join the club.

Below is just a small sample of the thousands of messages currently in circulation.

We took a look at the response from Besiktas fans on social media to the transfer rumour. 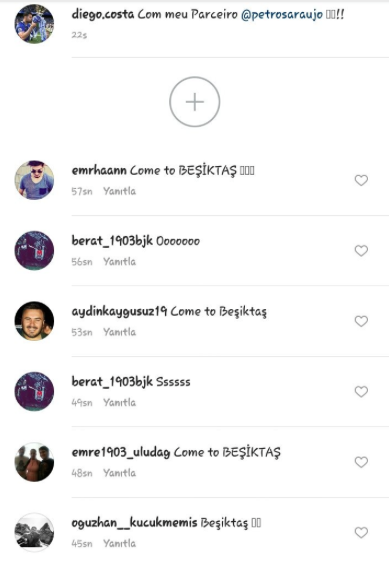 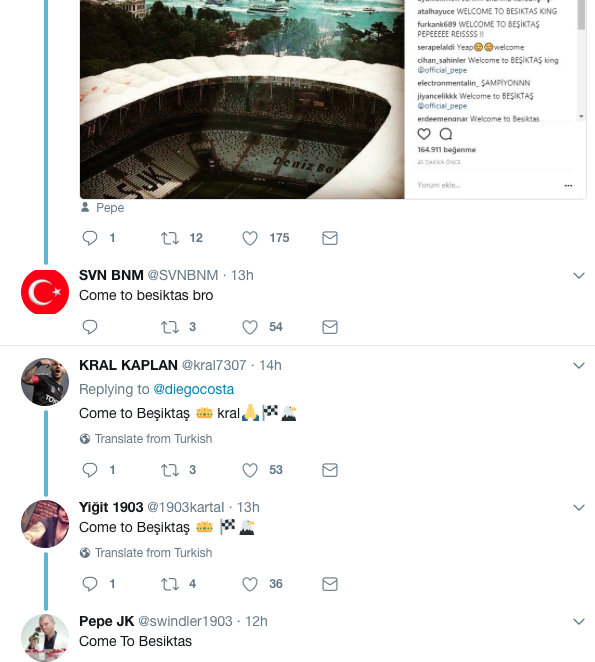 Do you wanna be World Cup 2018 Star? Just come to Besiktas, if you want… @diegocosta

Now that is what you call optimism.

Pepe signing for Besiktas came as a bit of a shock, if Costa were to join there would be parties in the street.

Besiktas getting Pepe and Diego Costa in one transfer window ffsssss

Could Besiktas really pull it off? is it really possible? do the Istanbul giants have the funds? they would be able to guarantee Costa first team and Champions League football but would that be enough?

Now there are rumours regardind Diego Costa’s move to Besiktas! Would be incredible but is it possible?