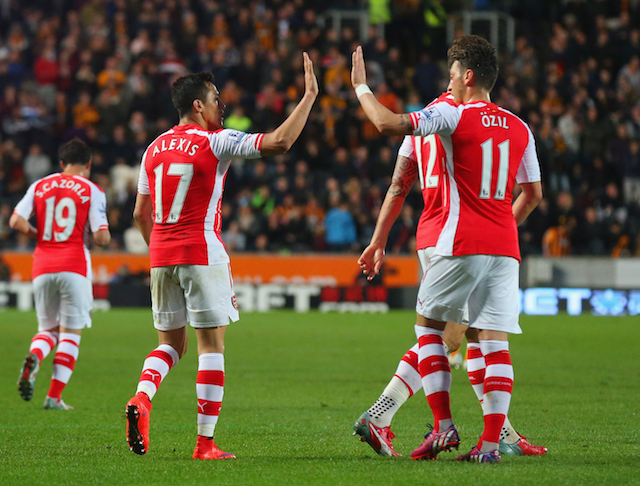 The Chilean international Alexis Sanchez is set to overtake Mesut Özil as Arsenal’s highest earner according to Goal.

The report states that  the former Barcelona star is set for talks over a new deal with the Gunners preparing an offer in excess of his current £130,000-a-week salary.

Sanchez is currently the third highest earner at Arsenal. The England international Theo Walcott earns £140,000 per week, the same as Özil who is also in line for a new deal.

Özil joined the north London based club on a £42.5 million transfer from Real Madrid in 2013 and despite establishing himself as a first team regular he has been regularly criticised for his performances in the press.

Özil played a starring role in the victory setting up Olivier Giroud with the opening goal. The World Cup winner has now provided five assists in his last four league games.