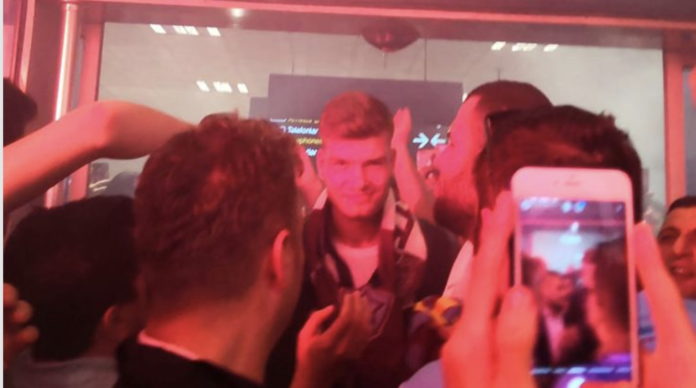 Sorloth arrived in Trabzon, Turkey at 02:30 local time on Friday and was greeted by hundreds of fans.

This is how Alexander Sorloth was welcomed in Trabzon pic.twitter.com/YyKmO3d1i3

The Palace striker is expected to complete his move to the Black Sea based outfit.

Fanatik report that Sorloth will complete his move to Trabzonspor but are yet to discover whether it will be a loan deal or a permanent transfer.

Per the source, the Norway international is expected to officially complete his transfer and be unveiled as Trabzonspor’s new striker soon.

The report also claims that Daniel Sturridge has yet to make a final decision over his future.

Trabzonspor are waiting for Sturridge to accept their offer.

The former Liverpool striker is currently with his family in the US and is expected to respond to Trabzonspor’s proposal soon.