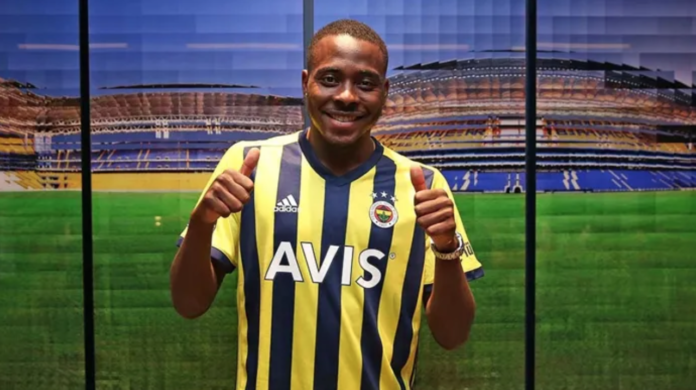 Crystal Palace have made an €11.3m offer for Fenenerbahce star Bright Osayi-Samuel according to Aksam.

Per the source, the Eagles made a surprise offer to the Super Lig giants for the right-back.

Fenerbahce did not have selling Osayi-Samuel on the cards but are keen on the Palace offer.

The report claims that Fenerbahce have given the green light for the move to go ahead and that the transfer could be announced soon.

The Yellow Canaries reportedly recently turned down an offer from Rangers but Palace have offered attractive terms.

The Nigeria international has made 26 appearances in all competitions for the Yellow-Navy Blues.

Osayi-Samuel is no stranger to football in England having rose through the Blackpool academy before being signed by QPR in 2017.

Osayi-Samuel has one international cap for Nigeria and would be eligible to play in England without needing a work permit.

Fenerbahce are currently second in the Super Lig, four points behind leaders Galatasaray.

The Yellow Canaries are also competing in the Europa League, booking a place in the Last 16 after topping their group.