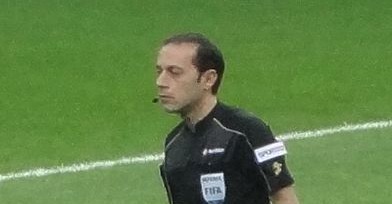 Turkey’s highest ranked football referee Cüneyt Çakır has recovered from a lung problem that resulted in him being hospitalized at the halftime of the Gençlerbirliği-Karabükspor on Nov. 23.

Çakır was rushed to hospital after he told one of his assistants that he could not breathe.

Assistant referee Tarın Ongun told reporters that Çakır had recovered and is making a speedy recovers.

“Çakır is in a good mood and he is smiling, he sent his regards to you,” Ongun said.

Çakır became the first Turkish referee in 40 years to officiate at a World Cup. He officiated three games in Brazil, including the semifinal match between the Netherlands and Argentina.