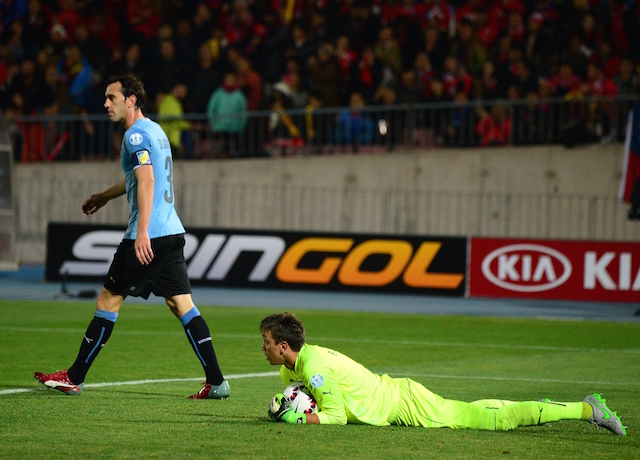 Galatasaray goalkeeper Fernando Muslera broke his leg during the 2-0 defeat to Rizespor in the Super Lig on Sunday.

The Uruguay international had to be taken to the hospital after being substituted off during the first half of the game in Rize after fracturing his tibia and fibula.

Manchester United keeper David De Gea was among several players to wish the experienced shot-stopper a speedy recovery on his official Twitter account.

Bafetimbi Gomis and Pepe Reina were among several other footballers who sent messages to Muslera.

Muslera came off his line to make an excellent save against Milan Skoda but ended up colliding with the striker, breaking his leg in the process.

In a statement, Galatasaray said: “Fernando Muslera, who sustained an injury causing bone fractures in his tibia and fibula, is subject to an examination today and will be planned an operation accordingly.”

The defeat saw Galatasaray remain in third place in the league but saw the point gap with leaders Trabzonspor and Basaksehir who are second on goal difference drift to six points.

There are eight games remaining in the Super Lig this season, Muslera has been ruled out for the rest of the campaign.