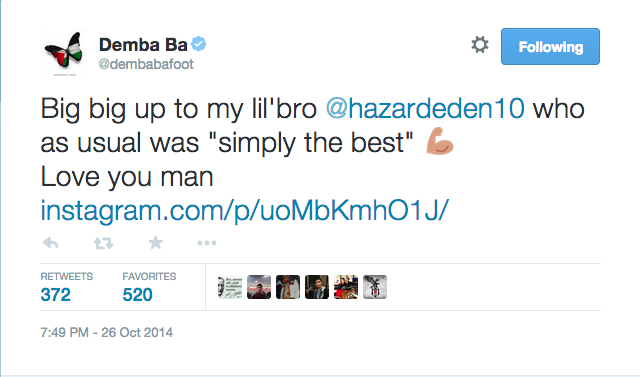 The Senegalese international also posted an image of Hazard from the 1-1 draw with Manchester United on his Instragram account. 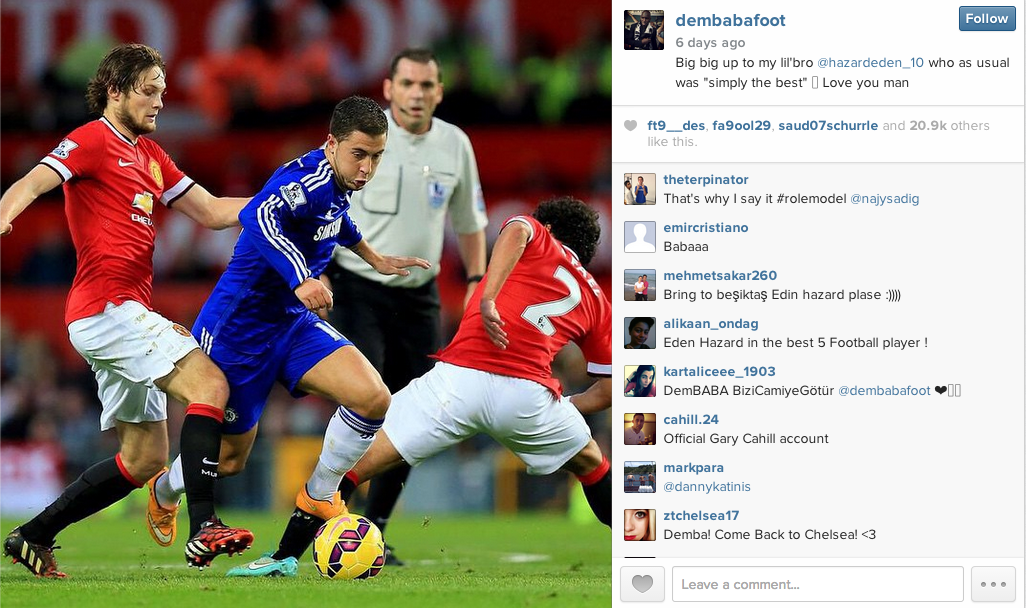 Ba and Hazard were teammates at Chelsea and remain close friends despite the Senegalese international leaving the Premier League outfit this summer.

“Hazard is a nice kid, you know, I like him. I’m five years older than him so for me he’s like my little brother, and I just want to take care of him,” Ba said in an interview with the Telegraph.

The Senegalese international had eight goals and three assists in all competitions for the Blues last season.

Ba already has seven goals and two assists for Beşiktaş this season.