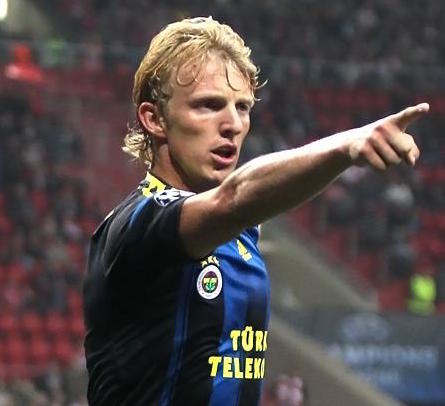 Dirk Kuyt revealed that he was honoured to have played with Alex De Souza at Fenerbahçe following the Brazilian playmakers retirement today.

Kuyt shared an image posing with Alex in a Fenerbahçe shirt via his Instagram account with the caption, “Alex de Souza, great player, great career and a great personality. We only played a few games together, but I’m honored to have played with you. I wish you all the best in the future.” 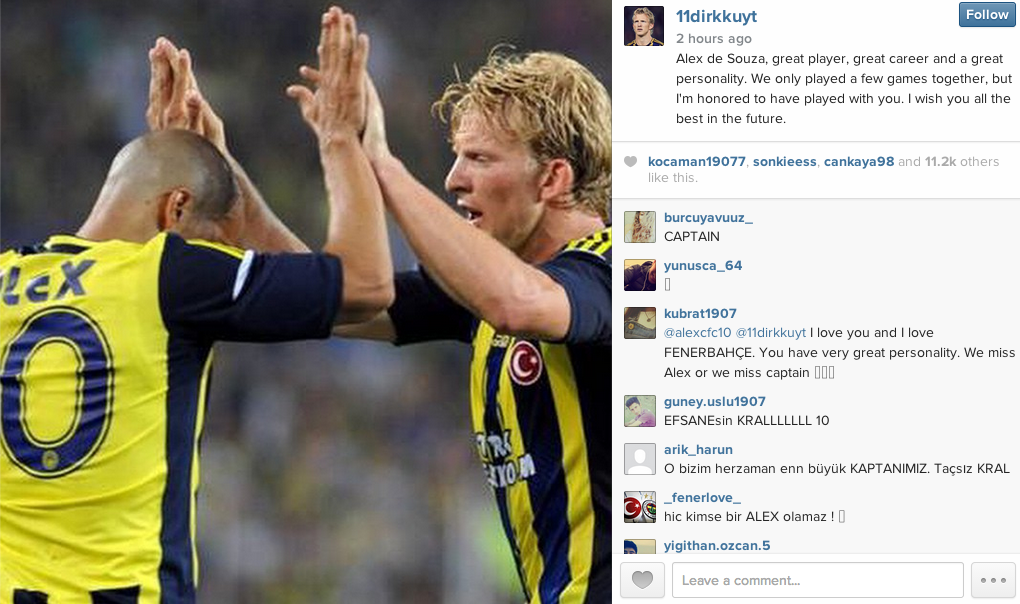 Kuyt and Alex played briefly together at Fenerbahçe in 2012.

The 37-year-old playmaker spent eight years in Istanbul scoring 104 goals in 398 games for the Turkish giants.