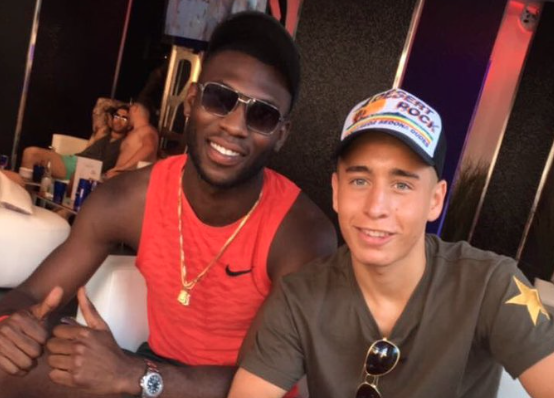 Mor’s agent Muzzi Ozcan recently revealed that Dortmund have permitted him to hold talks with sides interested in the 19-year-old.

Ozcan said: “There are offers but we have not agreed a deal.

“There are offers from England and Spain, we will hold a meeting now that Emre is back from international duty.”

“We have been permitted to hold talks with other clubs regarding a move.

“There will be a meeting over his future where we will go over what to do next.”

A source close to the club revealed to Turkish-Football that Ozcan was present for Oğuz Kaan Güçtekin – who he represents – signing a new deal with Fenerbahce.

The agent also discussed the possibility of Mor joining the Yellow Canaries.

The Turkish international has no guarantee of a place under recently appointed manager Peter Bosz and is considering his options.

The initial report suggested that the Reds would only be able to sign Mor on loan, perhaps with a buyout option.

The Turkish international could however, be available on a permanent deal.

Focus state that Dortmund will have to sell players as their squad has swelled to 34 players.

Mor is reported to be among seven players transfer listed by the club.