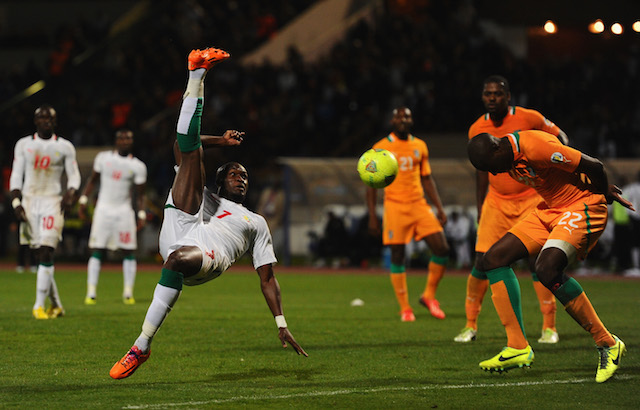 Fenerbahçe have rejected a €13 million offer from Sunderland for star striker Moussa Sow according to Fanatik.

The report claims that club president Aziz Yildirim turned down the offer for the Senegalese international.

The Express report that the Yellow Canaries could be faced with an increased bid from West Ham who are preparing a €17 million offer for Sow.

The Senegal international is reported to be happy at Fenerbahçe and still has another year left on his contract but has stated in the past that he wants to play Premier League football.

“My dream is to play in the Premier League, because you progress as a player with the atmosphere, goals and game,” Sow told NTV Spor.

The 29-year-old striker scored 16 goals and provided eight assists in all competitions last season for the 2014-15 Super Lig runners-up.

The Senegalese international will make €1.4 million next season should he remain with the Yellow Canaries. Sow joined the Istanbul giants on a €10 million transfer from Lille in 2012 after a successful spell at the club winning the Ligue 1 title.