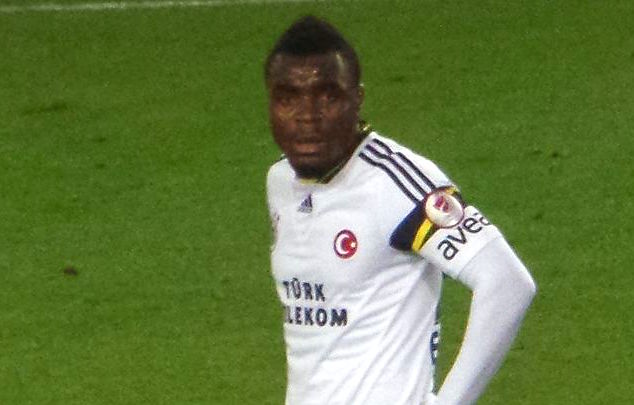 Emenike walked off during the derby game against Beşiktaş at the Şükrü Saracoğlu stadium after being booed by his own fans.

The Nigerian international has only scored four goals over the league campaign. Emenike missed a great chance early in the first half to put Fenerbahçe ahead and was heckled by the the home supporters afterwards.

Kartal eventually managed to convince Emenike to put his shirt back on and return to the game.

Emenike was whistled and booed for the rest of the first half and replaced at half time for Pierre Webo.

Fenerbahçe ended up winning the derby 1-0 and closing the gap with leaders Galatasaray to just tho points.