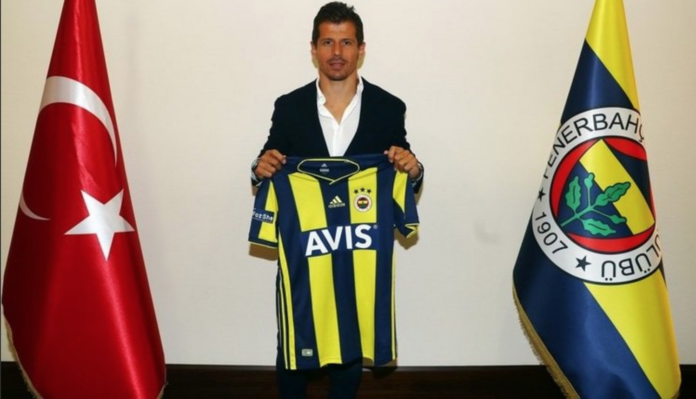 Turkey international veteran Emre Belozoglu has joined Fenerbahce on a one-year deal after leaving Basaksehir as a free agent.

Belozoglu will enjoy his third stint at the club and was officially unveiled today at the Sukru Saracoglu stadium.

The 38-year-old was joined by Fenerbahce sporting director Damien Comolli at the signing ceremony.

Fenerbahce released an official statement on the official club website which read: “Welcome to your nest” – the team is nicknamed the Yellow Canaries.

The midfielder moved to Europe after bursting onto the scene with Galatasaray enjoying stints at Inter Milan and Newcastle United.

Belozoglu joined Fenerbahce for the first time in 2008 revealing it was his boyhood club – which did not go down well with Galatasaray fans.

He was snapped up by Atletico Madrid in 2012 before returning to Fenerbahce the following season.

In 2013 he signed for Basaksehir enjoying a second spring at the Istanbul minnows narrowly missing out on lifting the league title last season.