Alexander Sorloth has been lighting up Turkish football this season scoring 25 goals and providing seven assists for Trabzonspor.

Sorloth responded to his latest goal in the 2-1 victory over Fenerbahce in the Turkish Cup semi-final by posting a photograph of his goal celebration.

Haaland was among those who commented on the post. 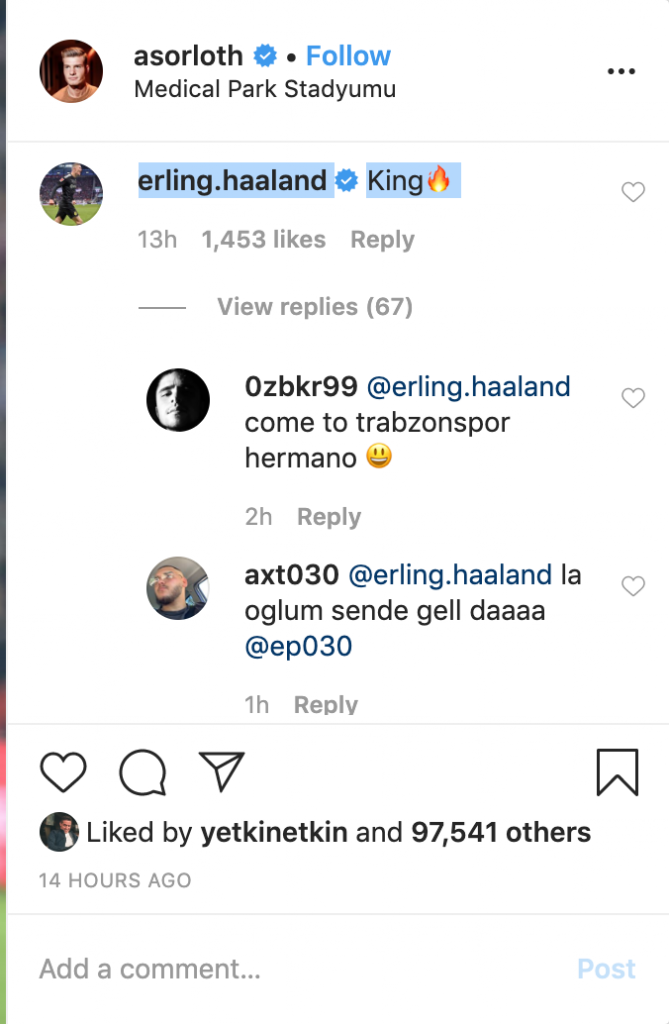 And this is not the first time he has praised Sorloth.

Haaland described Sorloth as being the ‘King of the North’ in his previous Instagram posting. 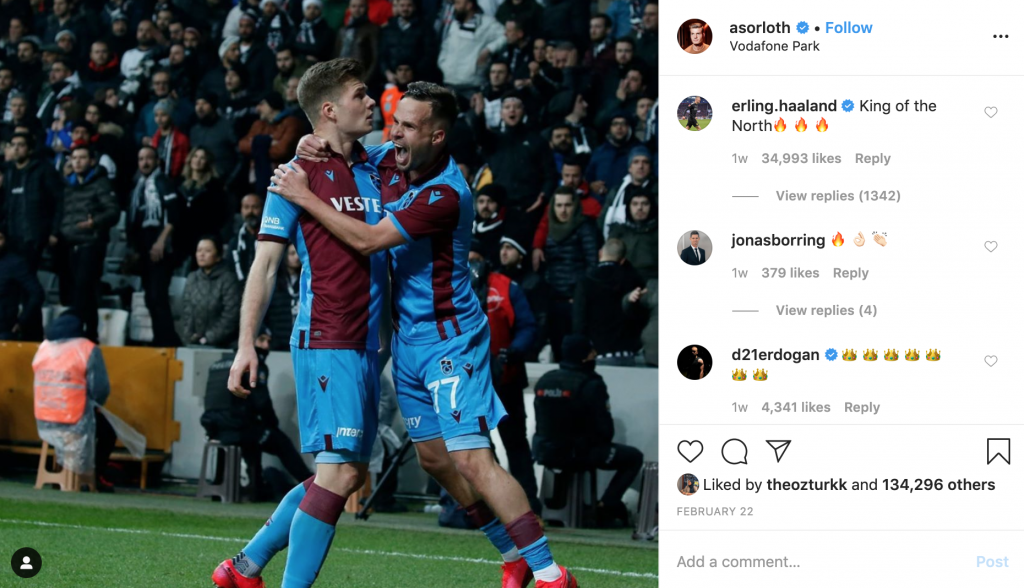 Sorloth is on a two-year loan at Trabzonspor from Crystal Palace.

The Claret-Blues have a €6m buy option that remains active until the end of next season.

Few could have predicted Sorloth would have such an impressive season following his form at Palace last season.

He failed to score in the Premier League but it is worth pointing out he did not really get much of a chance – he only played 173 minutes of top tier football.

Haaland has been in pretty good form himself scoring 40 goals and providing eight assists in 31 appearances across all competitions – for both Borussia Dortmund and Salzburg.