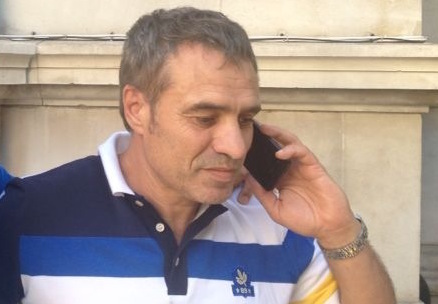 Ersun Yanal rumoured to have received offer from Trabzonspor [divider]

Ersun Yanal is rumoured to have received an offer from Trabzonspor which would see him replace current manager Vahid Halilhodzic according to Turkish newspaper Akşam.

Yanal is currently without a job after resigning from his position at Fenerbahçe.

The former Turkish national team manager is reported to be demanded €3 million per-season.

The experienced manager guided the Yellow Canaries to the league title last season and has coached at Trabzonspor in the past.

Halilhodzic was appointed manager this summer but has faced criticism for Trabzonspor’s domestic form this season.

Trabzonspor are currently 12th in the Süper Lig but made radical changes over the transfer window.

The Black Sea Storm shipped out 28 players and made 22 transfers including the likes of Oscar Cardozo, Majeed Waris and Mehmet Ekici this summer.

Trabzonspor face Lokeren in Belgium in the Europa League Group L this evening. The Süper Lig outfit will secure a place in the Round of 32 with a victory.