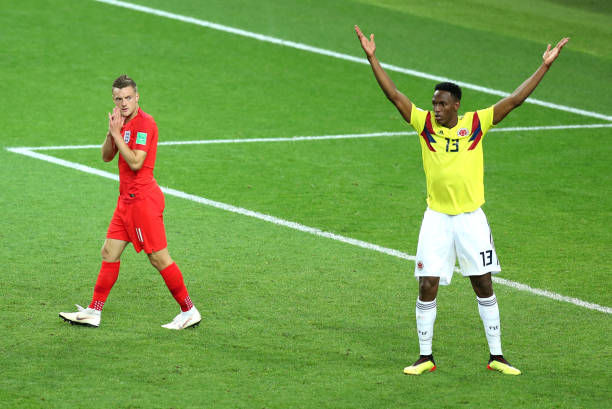 Fenerbahce have been linked with a sensational move for Barcelona’s in-demand centre-back Yerry Mina.

According to Catalonia based radio station E Sport 3, the Yellow Canaries have made an eye-watering £26 million bid for the towering centre-back.

Premier League giants Liverpool have also been linked with a move for Mina in recent days. We recently reported that the Reds are hopeful of hijacking Fenerbahce’s move for the defender.

However, we do urge caution regarding this story as it is highly unlikely Fenerbahce can afford to table a £26 million bid.

The Yellow Canaries are currently being monitored by UEFA for financial fair play which means they unlikely to be able to smash the Turkish Super Lig transfer fee record this summer.

Mina is expected to leave Barcelona this summer despite joining from Brazilian side Palmeiras last summer. The powerful defender made just six appearances for the La Liga champions during the 2017/18 season.

The 23-year-old played a starring role for Colombia at the World Cup and scored against England during their defeat to the Three Lions on Tuesday.

Paul Ince reveals which Arsenal player made Alexis Sanches made him...