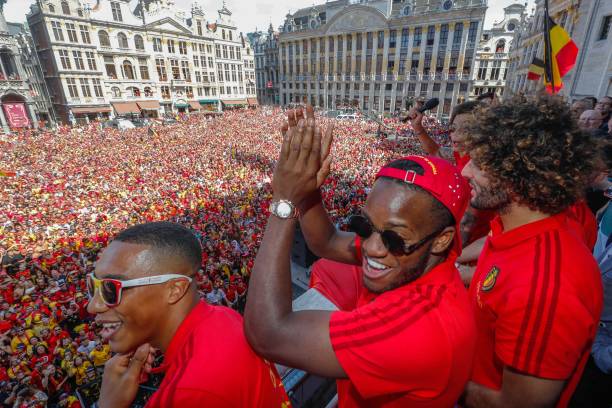 Fenerbahce faced Dynamo Kyiv at home in Group B while Trabzonspor took on Ferencvaros in Hungary in their opening Group H game.

The Yellow Canaries already face Kyiv in the Champions League playoffs this season. The Ukrainian side were the victors but lost in the next round to end up in the Europa League group stage.

Gustavo Henrique opened the scoring on 35 minutes to put the home side ahead.

Viktor Tsyhankov equalised in the second half and the game looked headed for a draw until Michy Batshuayi scored on his debut in the second minute of additional time.

The victory put Fenerbahce on three points with Rennes who beat Larnaka 2-1 away from home.

The Yellow-Navy Blues face Rennes next on Thursday 15 September.

Trabzonspor meanwhile, lost against a Ferencvaros game who spent most of the match down to 10 men after Eldar Civic was sent off on 16 minutes.

Tokmac Nguen oepened the scoring early on and Adama Traore doubled the advantage on 29 minutes.

Gonzalez pulled one back for the visitors but Nguen bagged a brace just before half-time.

Umut Bozok did score another for Trabzonspor and Yusuf Yazici thought he found the equaliser in additional time but had his goal disallowed after a VAR decision.

Trabzonspor face Crvena Zvezda next in Serbia on Thursday 15 September.

In the Europa Conference League Basaksehir beat Hearts 4-0 away from home.