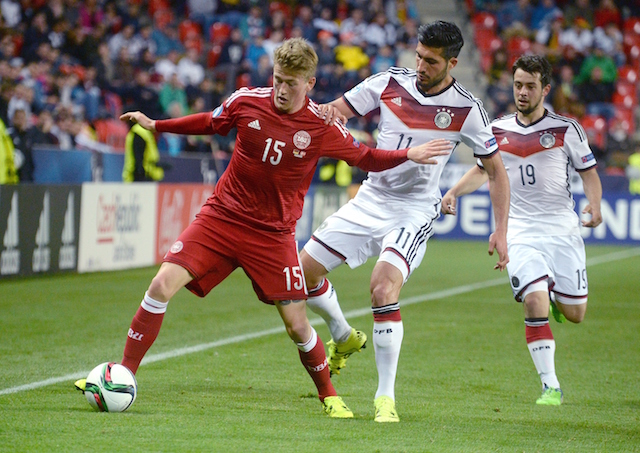 Germany international Emre Can’s Liverpool future has been called into doubt after his decision to stall on signing a new contract.

The Mirror states that Can is holding out for a contract offer which doubles his current £35,000 per week deal.

However, Liverpool have so fan been unwilling to amend their contract offer which has been available since January.

The Mirror goes onto state that Bundesliga duo RB Leipzig and Bayer Leverkusen are both eyeing a move for the combative midfielder this summer. Juventus are also understood to be monitoring the situation.

Per-the-source, Liverpool boss Jurgen Klopp does want Emre Can to remain at Anfield however, is unwilling to give into the 22-year-old’s wage demands.

Can was one of the stars of the show during the Reds 3-1 victory over Arsenal last weekend.

Liverpool can go five points clear of their top-four rivals Arsenal if they record a win over Burnley at home.

See More: For the latest Emre Can news and everything else you ever wanted to know about the Liverpool st

The Clarets have picked up just two points away from home this season.

Liverpool midfielder Emre Can has provided three assists and three goals in 29 appearances for the Reds this season.