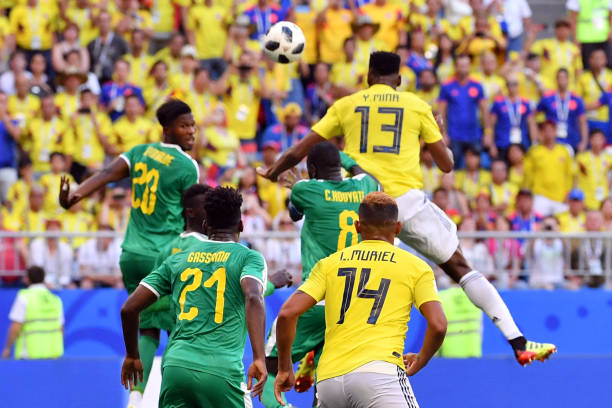 Everton have received a transfer boost in the race for Barcelona defender Yerry Mina.

Galatasaray have been closely linked with the 23-year-old.

Terim said on Instagram TV that the Colombia international impressed him at the World Cup and then went onto say he is a target.

“One of the players I really liked at the World Cup was Yerry Mina and to be honest he is a target, it is true we are interested,” Terim said.

“The Premier League is attractive but for me the Champions League is the most prestigious,” Valderrama said.

“I don’t think Yerry should join a mid-table team like Everton.

“Fatih Terim has a great record developing players, if it were me I would pick Galatasaray.”

The Istanbul based side have however, declared themselves out of the race.

Club president Mustafa Cengiz said: “Barcelona want a high loan fee and his wages are beyond our budged.

“Additionally his head is not in the right place, he has so many different offers and people telling him different things that he is confused.

“To cut a long story short Mina is beyond our budget, we cannot sign him.”

Spanish daily Sport meanwhile reported yesterday that Everton, West Ham and Leicester City have all made offers worth €30m (£26.5m).

The 1.95m tall footballer had an impressive tournament in Russia and became the first defender to score in his first three games in a World Cup.

Mina is expected to leave Barca over the summer but has yet to make a decision over his next destination.