Turkey take on Bosnia in an international friendly on 11 October in Rize followed by a UEFA League clash away to Russia on Sunday 14 October.

Mircea Lucescu has revealed his latest squad selection who will gather for camp at Riva on 8 October.

The 26-man squad features a few surprise names including Mert Muldur from Rapid Wien, Omer Bayram of Galatasaray and Tarkan Serbest from Kasimpasa.

Twenty-year-old Stuttgart attacking midfielder Berkay Ozcan has received a call-up after making his debut against Tunisia in June.

Only 13 of the players listed ply their trade in the Super Lig with Besiktas, Bursaspor, Fenerbahce, Galatasaray, Kasimpasa and Trabzonspor represented.

There is a representative from each of the top five leagues in the squad including in-form Lille fullback Zeki Celik. Serie A duo Cengiz Under and Hakan Calhanoglu.

Ozcan and Yunus Malli join from the Bundesliga while Everton striker Cenk Tosun, as well as Leicester City defender Caglar Soyuncu, make the list from the Premier League.

Soyuncu makes the team despite having yet to make his debut for the Foxes.

Tosun and Soyuncu will both be expected to start for the Crescent-Stars.

The 22-year-old defender did start the previous two games for Turkey last month. 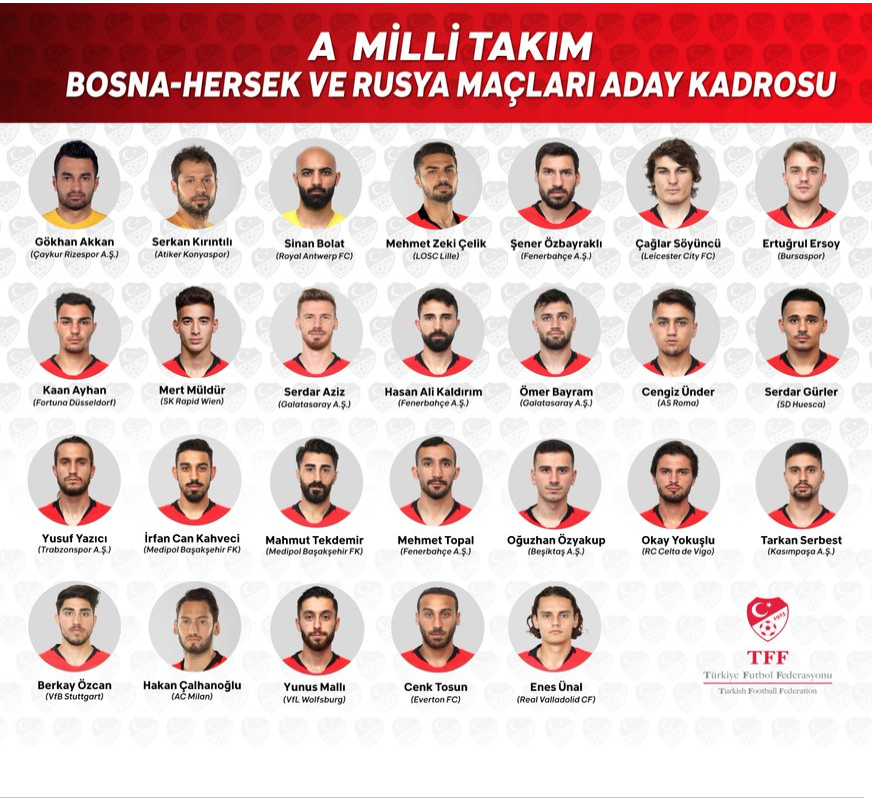