Everton star striker Cenk Tosun has been training with the Turkey national team side in Istanbul ahead of the friendly against Bosnia.

Tosun has started every training match for head coach Mircea Lucescu, indicating he will keep his place up front.

The striker faces competition from rising star Enes Unal who has been in impressive form of late at Valladolid on loan from Villarreal.

Tosun has one goal and two assists for the Toffees but has struggled to lock down a regular starting role recently.

The 27-year-old has failed to start any of Everton’s last three league games but has made appearances off the bench.

The striker has been linked with an Everton exit with reports linking him to his former club Besiktas.

Tosun has since told Turkish-Football that the rumours are completely fabricated and that he is upset with the speculation. 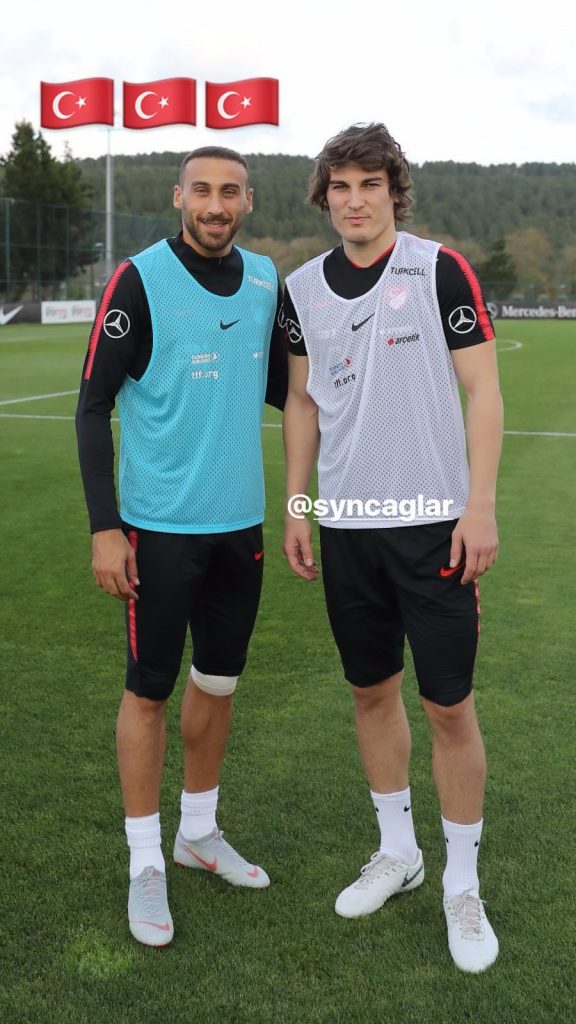 The Turkey international has no intention of leaving Everton in January or anytime soon.

Tosun is focused on the team and is looking forward to his son being born next month.

The powerful forward has had no contact with any other club over a move and neither have Everton.

Turkey take on Bosnia before a trip to Russia for their third UEFA Nations League clash.

The Crescent-Stars lost their first game 2-1 against the Russians but responded with a 3-2 victory over Sweden.

Tosun started both games providing an assist against Sweden.