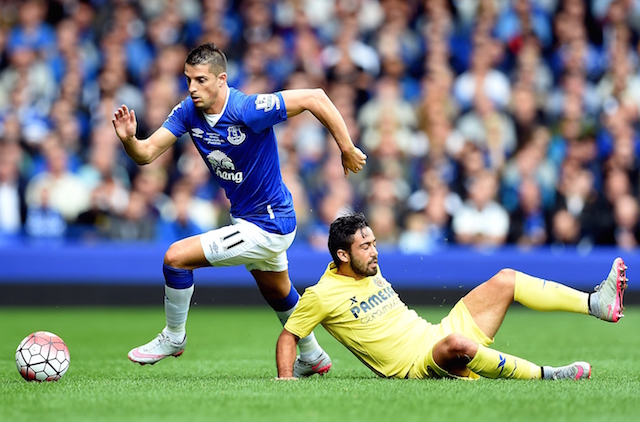 Belgium international forward Kevin Mirallas has been linked with a move away from Everton.

The Belgium international can still depart Goodison Park this summer despite the transfer window slamming shut in England.

According to the Turkish outlet AmkSpor, Fenerbahce have agreed personal terms with Mirallas. However, the Turkish giants are yet to strike a deal with Everton.

Per the source, Fenerbahce want to sign Mirallas on a season-long loan deal with an option to buy included.

Fenerbahce are believed to have offered Everton a €1 million loan fee for the player.

Aykut Kocaman’s side are keen to bolster their squad following a poor start to the season. The Yellow Canaries have until September 8 to strengthen their team.

Mirallas has fallen out of favour at Everton following a dispute with manager Ronald Koeman.

Everton host Tottenham at Goodison park this weekend in the Premier League.