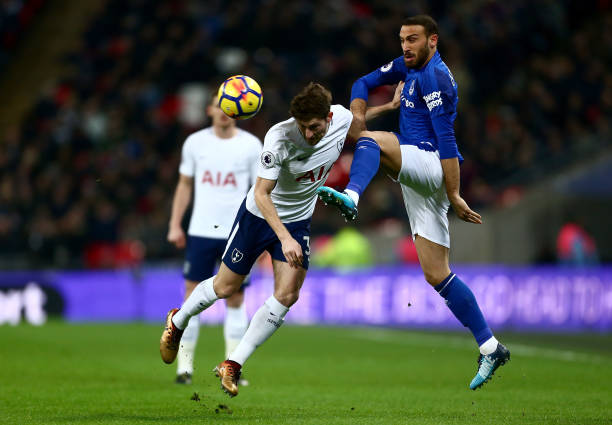 Everton striker Cenk Tosun joined the club amid high expectations after completing his move from Besiktas in January.

Tosun joined the Toffees on the back of winning successive league titles over the past two seasons with the Istanbul giants.

The Turkey international scored 14 goals and provided three assists this season before making the switch.

The 26-year-old was particularly impressive in the Champions League scoring four times and providing two assists.

Tosun has been dropped to the bench by Sam Allardyce for the last four Everton games.

Reports in Turkey have claimed the striker is considering returning to the Black Eagles – something Tosun has publically denied.

Besiktas official Metin Albayrak sparked a media storm after revealing they are still in contract with Tosun and would welcome him back if he wanted to return.

Albayrak did however, also say that he hopes Tosun settles in and becomes a success at Everton.

“Cenk Tosun is like one of our sons,” Albayrak said.

“We have a special place in our hearts for him, Yes we are still in contract with him and if he tells us he wants to return our door is open. I am however, sure he will return to form.”

Despite Albayrak’s recent comments, Tosun has made it clear he has a long-term future at Everton and that his priority is to establish himself as a first-choice striker.

The Toffees take on Burnley over the weekend, Tosun is available.