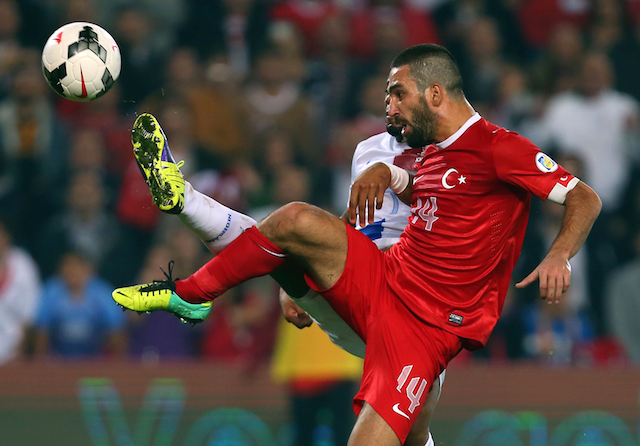 Barcelona star Arda Turan revealed that Turkish national team fans almost made him cry when they booed him against Spain.

Turan starred in the 2-0 win over the Czech Republic yesterday playing an important role in the opening goal but revealed after the game that the booing incident upset his family.

“I tried to not cry,” he told Lig TV. “But they made my mother cry. But don’t worry, I’ll hold them to account.”

Turan was booed for his poor display against Spain and aggravated fans further when he gave them the thumbs up.

The 29-year-old’s reaction did not go down well with the supporters who booed him until the end of the game.

The Barcelona star also responded to criticism that he divided the national team camp over player bonuses.

“I am not motivated by money,” he added.

Turkey now have the wait for the results of the final Group E and F games to see if they have booked a place in the next round.

If Italy and Belgium do not lose in Group E or if Hungary beat Portugal in Group F Turkey will qualify for the next round.