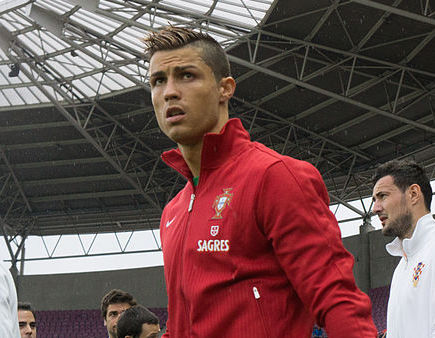 Fenerbahce responded to transfer rumours linking the Super Lig giants with a move for Cristiano Ronaldo as sabotage.

The Yellow Canaries told the Hurriyet newspaper that reports regarding a potential move for Ronaldo are nonsense and an attempt to undermine club president Ali Koc.

The club stated that reports circulating on social media and the Turkish media that Koc had traveled to London to hold talks with United over Ronaldo are a complete fabrication.

Hurriyet quoted a Fenerbahce source as saying: ‘It’s a complete lie, we have no interest in Ronaldo at all. This is sabotage against the club, they do it intentionally to get the fans excited knowing full well it is complete nonsense. And then they blame Koc and undermine him calling him a failure for not making the transfer happen.’

Ronaldo has been linked with a United exit but Fenerbahce will definitely not be his next destination.

The club would be unable to afford his wages anyway and Ronaldo wants Champions League football – Fenerbahce will compete in the Europa League this season.

The Turkish transfer window runs until 8 September so there is still more time for Fenerbahce to make additional transfers.

The report claims that Fenerbahce are interested in signing Michy Batshuayi before the window ends.

The Yellow-Navy Blues have got their season off to a decent start and are currently 5th in the league on seven points after four games.