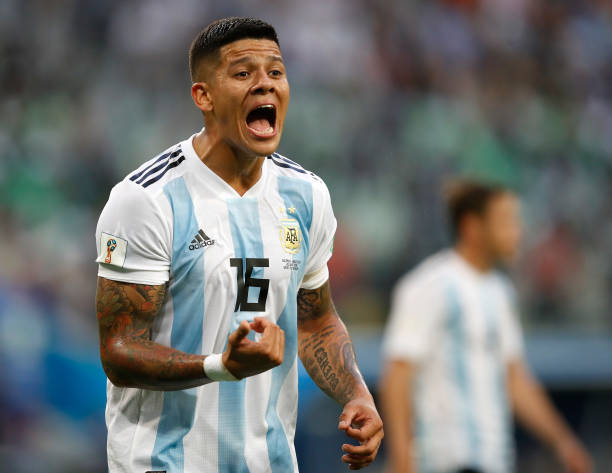 Fenerbahce sporting director Damien Comolli is set to hold face to face talks with Manchester United manager Jose Mourinho over the transfer of Marcos Rojo according to the Fanatik sports newspaper.

Per the source, the Yellow Canaries remain interested in signing the Argentine defender despite Mourinho looking to keep Rojo at the club.

The Portuguese manager has reportedly blocked all efforts to sign the defender in retaliation to the board failing to sign players on his shortlist this summer.

Mourinho reportedly does not have plans for Rojo this season but is refusing to sell any players as he feels the squad does not have enough depth.

Comolli hopes he can convince the United boss into changing his mind over Rojo joining the Istanbul based outfit on loan.

Fenerbahce head coach Phillip Cocu has told the board that Rojo is his transfer priority. The Dutch coach is keen on the 28-year-old as he is a left-footed defender who can also play as a left-back – two positions the team lack options.

The Yellow-Navy Blues have already strengthened in attacking areas and want to conclude their summer business with an additional centre-back.

Rojo does have another three-years remaining on his contract but is unlikely to feature regularly for the Red Devils if he stays this season as he will be competing with Eric Bailly, Phil Jones, Chris Smalling and Eric Lindelof for playing time.