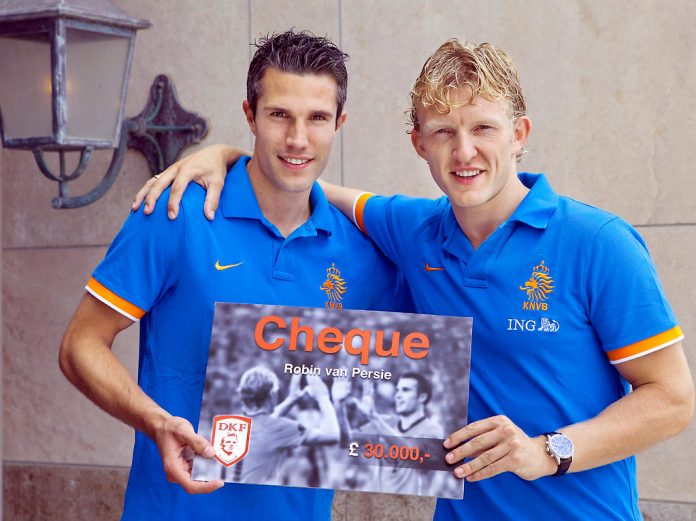 Fenerbahçe have made an enquiry for Manchester United striker Robin Van Persie according to Talk Sport.

The Netherlands international would join fellow compatriot Dirk Kuyt if he were to make the move.

Van Persie has been linked with a move to Fenerbahçe in the past.

Kuyt told reporters in an interview shortly after joining Fenerbahçe that Van Persie told him he would also like to play for the Yellow Canaries one day.

“Me and Van Persie were on holiday together for two weeks, before I signed he always spoke very highly about Fenerbahçe, he played twice against Fenerbahçe and was very impressed by the team and supporters,” Kuyt said.

“Van Persie said that one day he’d like to play for Fenerbahçe, for now that’s not an issue however, in the future who knows.”

Van Persie has been criticised by sections of the press for his performances this season and football pundit Matt Le Tissier believes he may be over the hill.

“It is a bit of a struggle for Van Persie at the moment,” Le Tissier told Sky Sports News.

“I’m not sure if he is feeling uncomfortable with the amount of great talent around him because he always seemed to thrive when he was the main man in the team.

“At the moment, he is nowhere near that. Maybe he is at that point in his career where he has gone past his best and is the other side of the hill.”