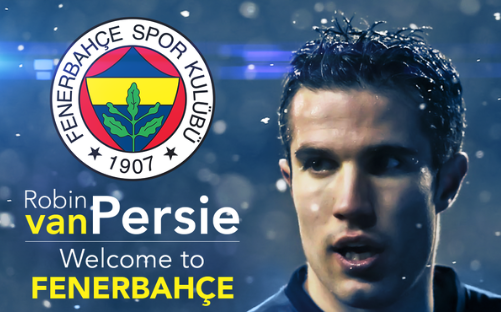 The Netherlands international will be unveiled in a signing ceremony today held at the Şükrü Saracoğlu stadium.

The event will be open to the fans and after signing a three-year deal in-front of the supporters Van Persie will join reporters in the press room and answer questions.

Fenerbahçe shared the following tweet and also shared the same message in English via their official English page.

Van Persie will become the second United player to join the club within the span of a week following the arrival of Luis Nani.

The Dutch star will become the only Netherlands international in the team following the exit of Dirk Kuyt last season.

The Yellow Canaries have also parted ways with nine players over the summer.