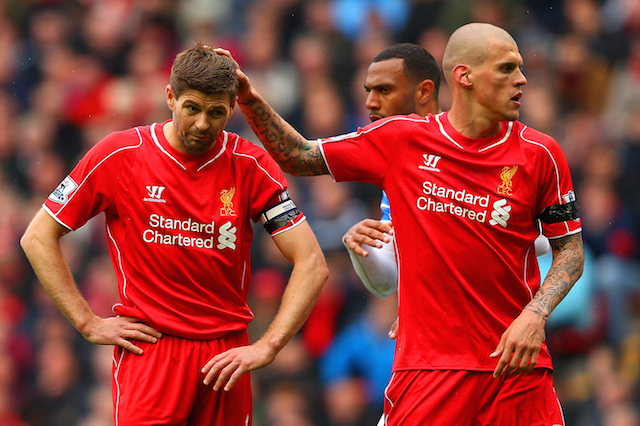 Turkish newspaper Sabah, reported that the Scottish giants have tabled an offer for Skrtel who has 12 months remaining on his contract.

Per the source, Rangers table a £4 million offer for the 33-year-old.

A source close to Fenerbahce revealed to Turkish-Football that the club are prepared to accept the offer.

The Yellow Canaries feel this is the last chance they will have to recoup what they invested in the player.

The experienced defender joined the Istanbul based oufit on a £5 million move from back in 2016.

Skrtel played alongside Gerrard during his spell with the Reds.

The center-back made 320 appearances for Liverpool between 2008 and 2016 during which time he was Gerrard’s teammate.

Fenerbahce are currently second in the Super Lig heading into the final game of the season.

The Yellow Canaries have not won any silverware for four-years.