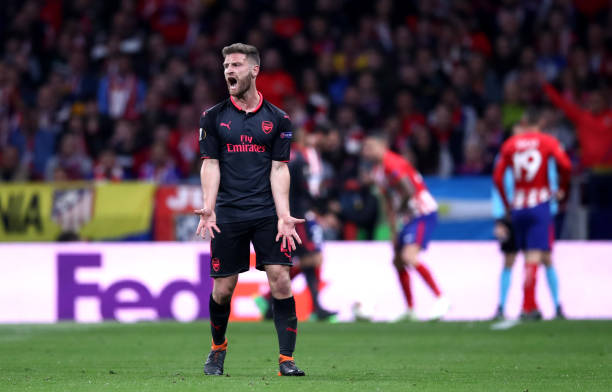 Fenerbahce are no longer interested in Arsenal defender Shkodran Mustafi.

A Fenerbahce insider informed Turkish-Football that Mustafi was among several defensive targets and that enquries were made to the defender’s representatives and Arsenal.

The Yellow Canaries were given the green light to push ahead with a move from the Gunners but have pulled the plug on launching an official bid after signing Adil Rami on a free transfer.

The Super Lig outfit announced the transfer of Rami today.

The former Marseille man penned a one-year deal with the option to extend by an additional season.

Mustafi has yet to make a single appearance for the Gunners this season and has been told by head coach Unai Emery that he has no future at the club.

See More: Mesut Ozil Will Not Be Leaving Arsenal Despite Liverpool Snub

“We have now some players, they know their situation,” Emery was quoted as saying by the Telegraph.

“Last year with Mustafi and Mo, when they didn’t play they weren’t happy and I spoke with them a lot of times last year and this pre-season and I think it is positive for them to leave and sign for another team where they can be protagonists and be happy and continue their careers.”

The Germany international does have another two-years remaining on his current deal and earns £90,000 per-week [Sportrac].

Arsenal take on Tottenham next in the north London derby on Sunday 1 September in the Premier League.