Fenerbahce are plotting a move for Arsenal midfielder Santi Cazorla a source close to the club revealed to Turkish-Football.com.

The Yellow Canaries were approached via agents given a mandate to push the transfer through in Turkey.

Fenerbahce are keen on an end of season transfer to bolster their current midfield setup which has lacked creativity.

Cazorla is however injured and underwent surgery last month according to the Sun. Arsenal have yet to confirm when they expect him to return.

There is also confusion regarding Cazorla’s current contract. The 32-year-old’s deal runs out at the end of the year but there have been reports that Arsenal have used their one-year extension option.

An official FA document shows that the option was taken up on December 20 2016. 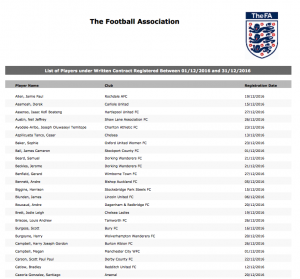 Arsenal have yet to release an official statement regarding the status of Cazorla’s contract.

Fenerbahce would be able to sign Cazorla as a free agent if he has not signed an extension.

The Yellow Canaries would have to reach an agreement with Arsenal as well as the player if he has an additional year on his contract.

Fenerbahce boss Dick Advocaat is keen on signing a creative midfielder over the summer transfer window.

The Yellow Canaries are currently fourth in the Turkish league eight points behind league leaders Besiktas.

Fenerbahce take on Russian outfit FC Krasnodar next on Thursday 16 February in the first-leg of their Europa League Round of 32 clash.

The first-leg tie will be played at the Kuban stadium in Russia.

The Istanbul giants topped their group which featured Manchester United and Feyenoord.