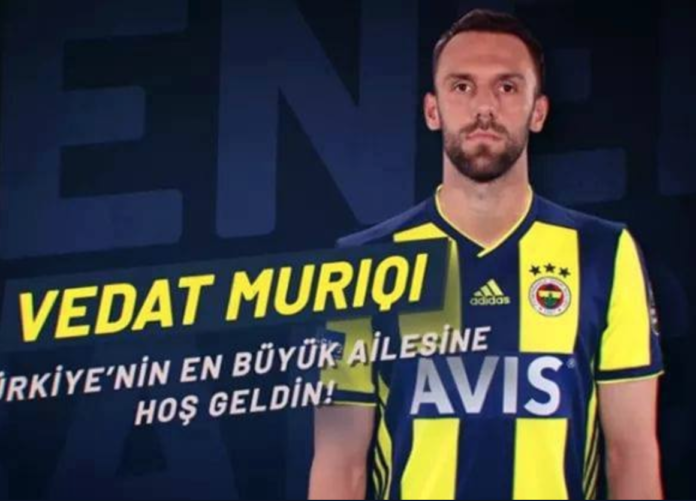 Fenerbahce have completed the signing of Kosovo international Vedat Muriqi from Rizespor.

The attacking midfielder has struck a four-year deal with the Yellow Canaries.

The statement read: “Vedat Muriqi will wear our jersey for the next four years with pride. We want to welcome the Kosovo international to our family and wish him all the best in the future.”

The financial details of the move have yet to be disclosed.

Muriqi was also closely linked with Fenerbahce rivals Galatasaray who had also made an offer.

The Yellow-Navy Blues ended up winning the transfer race for the highly sought after footballer.

See More: Fenerbahce’s Chances of Signing Mesut Ozil Are Not 50-51, Playmaker Will Stay at Arsenal

The 25-year-old joins Max Kruse who signed on a free transfer last week.

Fenerbahce are also close to reaching an agreement with Ankaragucu goalkeeper Altay Bayindir who is expected to complete his transfer next week a source close to the Yellow Canaries revealed to Turkish-Football.