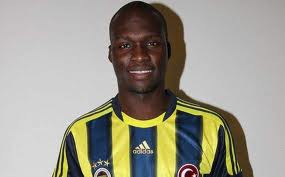 Fenerbahçe striker Moussa Sow has promised fans that he will improve his goal scoring record over the course of the season.

“I feel great and want to do my part for the team,” Sow said.

“I always put the team first, I am not important, the team is what is important and I just try to do my part.

“That is how I think anyway.

“I try to contribute defensively and work hard off the ball as well.

“I have been getting into good goal scoring positions but must score more, hopefully the goals will come.”

Sow has scored four times and provided one assists in 14 appearances this season for the Yellow Canaries.

The former Ligue 1 champion and top scorer joined Fenerbahçe from Lille for €10 million in January 2012.