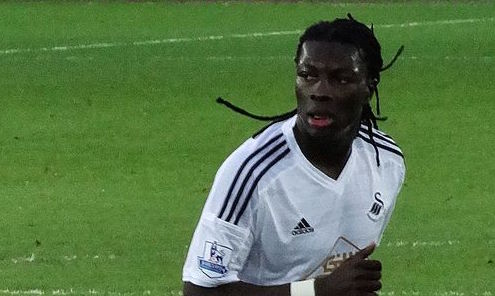 Fenerbahçe will not make a bid for Swansea City striker Bafétimbi Gomis due to his £8 million valuation according to Turkish newspaper Milliyet.

Gomis moved to the Swansea on a free transfer from Lyon last summer on a deal worth £8 million over the course of his four-year contract.

The French international is entitled to the £8 million effectively meaning the Swansea signing would require an offer above his full contract fee to ensure a profit.

Gomis revealed that he is unhappy at Swansea and that his agent will meet with club officials this week to discuss his future.

“I have been approached by clubs. I don’t know what will happen. Me leaving? It is possible,” Gomis told the French TV channel Canal+.

“It is planned that my entourage will meet with Swansea’s representatives. Then I will have a discussion with my representatives to find the best solution.

“I want to stay abroad. It is true that I have had not a bad amount of approaches from clubs.”

Crystal Palace and Galatasaray have also been closely linked with the 28-year-old striker.

The Lions have been in the hunt for a new striker following the injury to Burak Yilmaz and the imminent departure of Goran Pandev.

The former Lyon and St Etienne man has scored four goals in 23 appearances for Swansea, mostly as a substitute.