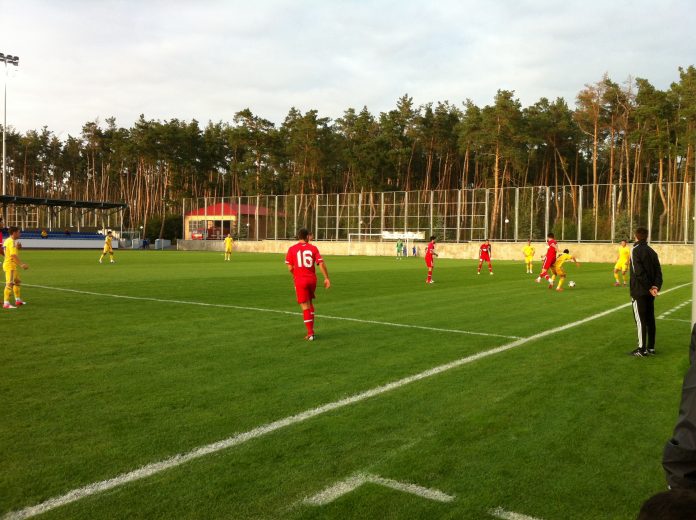 İlkay Durmuş plays for Gençlerbirliği and is the preferred left-back for the Turkish U20 side. İlkay is a speedy fullback with an impressive passing range and doesn’t shy away from making bombing runs on the overlap down the wing. He is very versatile and can play right-back as well as the centre of defence if required.İlkay is only 5’10 and isn’t the biggest player but he makes up for it with his pace and positioning. Despite playing for Turkish club Gençlerbirliği and representing the Turkish U20 side.İlkay was actually born in Stuttgart, Germany. His parents however were born in Turkey which allows İlkay to play for the Turkish national side. İlkay started his career off at in 2002 when he was eight-years old starting off at Hoffenheim and rising through the ranks for nine years before local rivals Stuttgart signed him to their U17 side on a free transfer. The move came off the back of a fantastic season during which he made 24 appearances and scored four times.At the start of the 2011-12 season, İlkay was moved to the Stuttgart U19 side despite only being 17. He made 21 appearances, netted three times and cemented a regular place in the team.Gençlerbirliği spotted potential in the young left-back and snapped him up for an undisclosed fee. Despite İlkay showing promise over the past few years he wasn’t able to dislodge 28-year-old Dusko Tosic this season and he failed to make a single appearance for the squad although he did feature in a handful of reserve games.İlkay is currently the backup left-back for the Ankara based club but that could all change as the future of Tosic at the club hangs in the balance. İlkay is also hoping that newly appointed manager Metin Diyadin may change the current line up and hand him his debut next season if he can prove his worth at the U20 World Cup.The 19-year-old fullback has not always been a Turkish youth international and in fact represented Germany from 16-17 before changing his mind after facing strong competition. İlkay has since represented every Turkish youth team from 17-20 age groups.İlkay is defensively solid and it will take a very tricky winger to outfox the young fullback. Look out for the odd extravagant solo run from İlkay and don’t be surprised if he sets up a goal or two.By Emir AfiyaYou can follow Emir on Twitter: @TotalTurkTalk