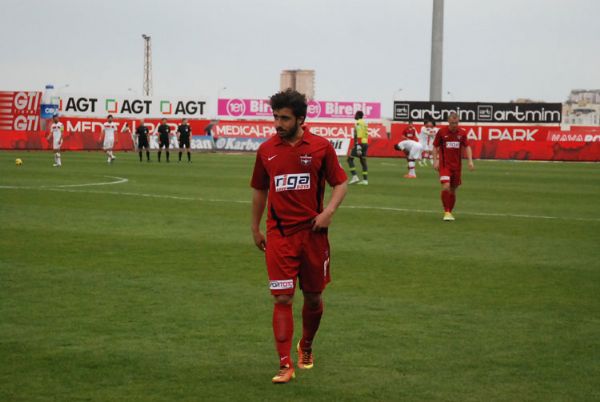 Taşkın Çalış is a defensive midfielder for Gaziantepspor however, the youngster can actually play in almost any position bar goalkeeper. Taşkın stands at 5’11, is quick and strong as well as possessing quality on the ball.Taşkın was born in Bonn, Germany which is located in North Rhine-Westphalia state in West Germany. Germany is home to nearly 5 million Turks who have emigrated over the past 50 years. Taşkın’s parents are Turkish making him eligible to play for Turkey.The 19-year-old started out at Alemannia Aachen where he spent his youth career before being signed by Bundesliga side Borussia Mönchengladbach for free in 2009. Taşkın played for the Borussia Mönchengladbach U17 side in the 2009-10 season making 24 appearances as well as getting on the score sheet 11 times and was subsequently moved to the U19 side despite only just having turning 17.Taşkın played 12 times that year but it appeared Süper Lig side Gaziantepspor had seen more than enough and splashed out just under £600k for the youngster in 2011. Gaziantepspor had finished in an astonishing 4th place and things looked bright for the 18-year-old as it appeared there were hope to build on their high finish and grow as a club.Taşkın couldn’t replace the experienced Giles Binya in central midfield straight away however, he didn’t have to wait too long to make his debut. Taşkın made his first appearance for the club in January 2012 against Antalyaspor after coming on in right midfield. It was 0-0 until a last gasp free kick scored by Gaziantepspor’s highly sought after striker Cenk Tosun stole the three points late on. Taşkın made a solid debut but the arrival of new manager Hikmet Karaman the following month raised question marks over whether young players would carry on being given a chance.Karaman restored faith in the young utility player after impressing in pre-season and gave him his first appearance on the opening game of the season. Taşkın made 22 more appearances in the 2012-13 campaign playing in numerous positions including in the centre of the park as well as fullback and on the wings. Taşkın had cemented a place in the side playing eight games on the trot before sustaining an injury at the end of the season.Karaman was replaced by Bülent Uygun in February this year but Taşkın kept his important role in the squad. Uygun is known as a very strict and disciplined manager which has resulted in being given nicknamed, “The Soldier”. If Taşkın is going to continue to grow under Uygun he will need to make sure he keeps his professionalism on and off the field.Taşkın has represented Turkey since the age of 17 despite being born in Germany. He has been used regularly as a versatile utility player and a solid defensive midfielder. In fact Taşkın was actually part of the U17 side that finished third at the European U17 Championships in 2010 and he scored against Spain in the semi-finals although the team ended up losing 3-1.The 19-year-old midfielder Taşkın has the chance to build upon his rich vein of form in the Süper Lig and perform on the world stage. Taşkın could pop up in just about any position, he is calm on the ball and can spray passes as well as a deadly cross. Taşkın’s versatility could come in very handy for the Turkey U-20 side this summer.By Emir AfiyaYou can follow Emir on Twitter: @TotalTurkTalk