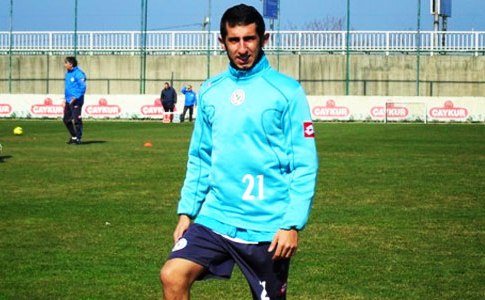 Cumalı Bişi is best known for his role as a solid defensive midfielder with a great work ethic and fantastic athleticism. The hard working 19-year-old plays as a sitting midfielder but has also been known to play in deeper defensive roles including right-back when required.Cumalı was born in Gebze, which is located in the far east of the Kocaeli Province. He started his career at Darica Gençlerbirliği and was picked up by Istanbul giants Beşiktaş at the age of 12.He started his youth career well and continued to progress among the ranks until he broke into the senior team. He made his debut for the Black Eagles on the last day of the 2009-10 season aged just 16.The future looked very bright for young Cumalı but a serious knee ligament injury at the start of the 2010-11 season left him sidelined for five months. He made only one more appearance for the club that year however, didn’t appear to be the same player.The following year he was sent on loan to Çaykur Rizespor in the hope he would recapture the form he had previously shown amongst the youth ranks at Beşiktaş.However, it just wasn’t working out for Cumalı and he only managed three appearances. He returned to Beşiktaş at the end of the season where more reserve and loan football looked likely until Çaykur Rizespor made a surprise £66,000 offer which the Eagles accepted.Cumalı was offered a second chance to kick-start his career at Çaykur Rizespor and he grabbed the opportunity with both hands. Cumalı was an important player for Çaykur Rizespor this season picking up 24 appearances as they gained promotion to the Süper Lig.Don’t expect to see Cumalı on the ball much this summer, as he’ll be busy making crunching tackles and winning aerial duels. The FIFA U-20 World Cup Turkey 2013 will be the first real test of Cumalı’s ability to perform at the top level before his return to the Süper Lig.By Emir Afiya You can follow Emir onTwitter: @TotalTurkTalk