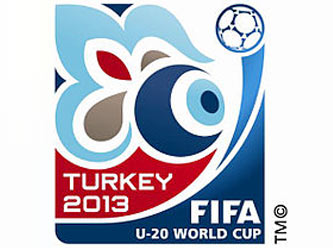 Ahmet Yılmaz Çalık is one of the rising stars in the U20 Turkish national team. The 6ft tall centre-back is recognised for his ability to make well timed challenges as well as his aerial ability. Çalık predominantly plays through the centre of the defence however, he is a versatile player and can be been used anywhere along the back four.Çalık was born in Ankara, the capital city of Turkey and home to Gençlerbirliği, the club the young defender has played for since the age of 10.Gençlerbirliği are renown for having a well-established youth network as well as a state of the art youth academy that stretches over 50 acres wide. Çalık joins two other Gençlerbirliği players in the U20 squad which surprisingly makes the Ankara based club the biggest contributors to the U20 World Cup squad.Çalık burst onto the scene when former-Gençlerbirliği Fuat Çapa gave him his first start in April 2013 against Turkish giants Fenerbahçe. Çapa threw his young starlet in at the deep end however, Çalık passed his test with flying colors. Gençlerbirliği ended up keeping a clean sheet and winning the game 2-0. Çapa rewarded Çalık by starting him in all the remaining games of the season.After making a solid debut season for Gençlerbirliği, Çalık will hope to push on and maybe cement a more regular role in the first team. The Alkaralar had a fairly disappointing season finishing 11th with a final goal difference of -1 which Çalık will be itching to improve.The 19-year-old defender has started making a name for himself in the Süper Lig but where he has really excelled is at international level. The young defender has accumulating over 45 appearances for Turkish youth teams ranging from the U16 to U20 national teams. Çalık will be hoping he can shine at the U20 World Cup and help boost his chances of more first team football next season.Çalık has great natural fitness and can also run fairly quickly which allows him to keep up with the fastest of strikers. The Gençlerbirliği defender is a team leader, his ability and presence on the pitch will be of the utmost importance if the Turkey U20 team are to stop goals from leaking in – a problem many Turkish national team sides have had in the past.By Emir Afiya You can follow Emir onTwitter: @TotalTurkTalk