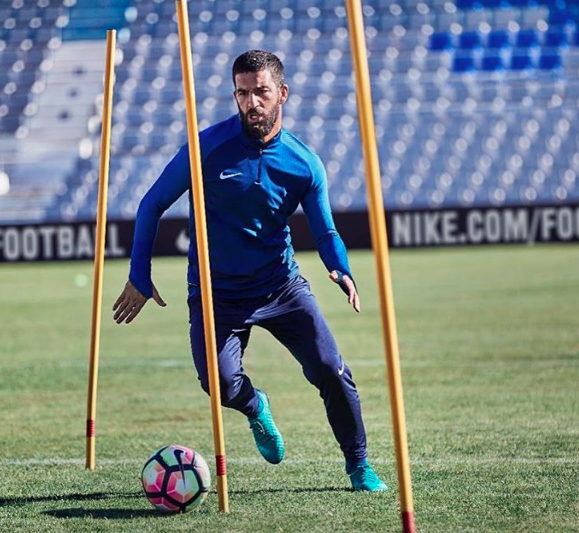 Turkish football hasn’t been up to scratch in recent years with its struggles reflected in the performances of the national team. The big Turkish clubs have somewhat lost their aura of old, leading to more competition at the top end. With the Turkish league currently occupying the tenth place in the Uefa coefficient’s pecking order, the number of Turkish players plying their trade in the best leagues in Europe has also diminished.

Nevertheless, there are quite a few Turkish stars who continue to grace the grandest stages of European football. Here we run down five of the top performing Turkish players in Europe’s top leagues this season.

Bayer Leverkusen’s Calhanoglu is one of the most highly-rated players in the Bundesliga. The 22-year-old has his fair share of admirers from bigger clubs, and he hasn’t done a lot wrong to justify the hype that surrounds him. Calhanoglu is a perfect fit at Roger Schmidt’s Leverkusen: posting impressive attacking as well as defensive numbers. He has scored four goals this season from 33 shots and also has four assists from 21 key passes. That aside, Calhanoglu’s 22 tackles and 11 interceptions show how crucial a part he is of Schmidt’s pressing machine at Die Werkself.

It isn’t a surprise that the best exports from Turkey are found in Bundesliga clubs, and like Calhanoglu, Malli is a key cog in Martin Schmidt’s Mainz. Malli plays as an attacking midfielder in the myriad setups used by Schmidt, and has performed well above the level of his inconsistent team. The 24-year-old has scored six goals so far this season and has assisted a further six goals from 33 key passes. It won’t be long until we see Malli at one of the bigger clubs.

The 29-year-old has spent almost his entire career in France, and this season, he has settled well into the new surroundings of Metz. Erdinç already has six goals from 12 Ligue 1 games in 2016/17, and it has become clear that for Metz to stave off relegation fears, they’ll need their main striker firing. Metz are 1000/1 to win the title in the latest Ligue 1 betting odds from SmartBets, a surefire indicator that they are one of the favourites to be relegated this season. Erdinç’s 39 shots put him among the league’s most frequent shooters. He will need to keep up his rate of shooting as well as scoring to keep his side from going straight back into Ligue 2.

The ex-Galatasaray star has taken to the Spanish top flight like a duck to water. Despite his team struggling in the bottom reaches of the table, Colak has been one of the stars of Deportivo La Coruña this season. The 25-year-old has scored one and assisted five in his debut Liga campaign. In Deportivo’s 5-1 win over Real Sociedad earlier this month, Colak ran rings around La Real and laid on two goals. From such an inspired start in a league as tough as La Liga, Colak can only improve.

The national team captain has had to settle for a bit-part role at Barcelona owing to the presence of the MSN trio ahead of him. However, the 29-year-old has found his feet at Barca this season and has tried to make every minute of his time on the pitch count. Arda already has eight goals and five assists to his name in 2016/17. He has grown into a game-changing option for Luis Enrique, and his experience and temperament will be looked up to in the closing stages of this campaign.